Here's the perfect deck for herbalists, naturopaths, and anyone fascinated by herbs, plants and natural medicine:

What was your first experience with tarot and when did you fall in love with it?

I was introduced to tarot via Light Grey Art Lab, a gallery in Minneapolis. I took part in a travel program with them in 2017 where we hiked through Bryce Canyon in Utah, learned about astronomy, and spent a week on a farm reading tarot every morning. I fell in love with it pretty immediately. I was always drawn to mysticism, and my first reading there resonated so deeply that I’ve been hooked ever since.

What made you want to create this deck?What was your inspiration?

I’ve been self-studying herbalism for a little over a year, and around the time I started, I became wildly obsessed with drawing plants. I wanted to know everything about plants and how they’ve been used as medicine. I started to notice correspondences between plants and astrology when I started taking classes through the School for Evolutionary Herbalism. I realized that plant bodies were like a microcosm of our own bodies, and every plant became a metaphor. I really wanted to share this with other people, and thus the deck was born.

I don’t think I’ve used enough decks to have a favorite! But I’ve been really interested in the Veleda Tarot Deck for its bold colors and plant symbolism. It feels very akin to the Materia Medica Oracle Deck. I also love the Fifth Spirit Tarot, which was just funded on Kickstarter! The Pagan Otherworlds deck is also great, along with everything Uusi puts out.

Lately I’ve been trying to embody the Queen of Wands more. She’s a kickass lady who rules from the heart and knows how to use her talents to help others, and that’s something I really aspire to. From the Materia Medica Oracle, it sounds funny but I love the garlic card. Garlic teaches us a lot about our vital force and just going for it, grabbing life by the horns and showing up as our full selves. That’s something I’ve struggled with a lot in my life and once I made the connection between garlic and aries and put all the pieces together it gave me something to anchor my confidence on. I hope it does that for others, too.

Truthfully, the size of the deck made figuring out the guidebook a bit difficult. I wanted something that was pocket-sized, so I went with a poker deck, but I still wanted to fit the guidebook in the box. Some of the printers I reached out to weren’t able to print at such a small size, and the ones I found that could were overseas. It felt really important to me to keep all the production in the United States for environmental reasons. Finally I was able to find a manufacturer that I’ve been really happy with, and I ended up splitting the guidebook into three volumes because there’s so much information to relay about these plants.

I just hope people feel how much love went into this project. It feels like a flagship project for me, combining all of my interests into one. From drawing the plants to writing the book, there were many times during this process where it didn’t even feel like it was me doing it. It felt more like I was a vehicle for something that wanted to be brought into the world, and that feels really special. I really hope that comes through.

I love how you have combined the practical uses of plants with their spiritual implications. It’s a very unique view of herbalism. How much research went into this deck?

So much! Like I said, I’ve been self-studying for a little over a year, and just officially started herb school this month. While working on the deck, I spent at least 6 months with my nose in as many herbal resources as I could get my hands on, working directly with the herbs from the deck, and I also consulted with another herbalist, Britton of Archaic Honey, to make sure I got my facts straight. I will also say, although a ton of research went into this project, there was also a lot of intuitive work. A lot of the more emotional/spiritual aspects described in the guidebook came from sitting with the plants and doing some meditations to feel out what they were trying to say. That might sound a little woo, but we are talking about tarot, ha! I think intuitive work is just as valid and important as hard science, and it sometimes doesn’t get enough credit.

Your deck is very versatile, in that not only can it be used for divinatory purposes, it can also be used to identify plants in their natural environment. Do you think this will broaden your audience and perhaps introduce a spiritual world to people who may not have used oracle decks before?

That’s the hope! I’ve found that illustration has been a key component of my herbal studies, as illustrations are often more descriptive than simply seeing a photo of a plant in the field. Looking at illustrations, making illustrations of plants, these have helped me commit the plants to memory and I hope it helps others just the same. As for the spiritual aspect, yeah, I think it serves us all to take a second to think about our place in the world and consider our relationship to the natural world. Once we start to see ourselves reflected in the lives of plants, it reinforces the fact that we are nature. We’re not above anything or anyone. We don’t own the land, we don’t own the trees. They are sovereign beings with whom we share the earth. Once we have that understanding in regards to nature, it’s easy to translate into humanity and see that we are one, and that breeds compassion.

Oh good question, I haven’t stopped to think about it! If I’m honest, probably just a nice hike, or a visit to some of my plant friends to say hello and thank you :)

Backers can receive a copy of the deck for $30, 2 copies for $45. Folks at the $60 tier also receive a fancy poster of all the plants from the deck, some stickers, and a screen printed altar cloth. Altar cloths are available to everyone else as an add on for $15. I also have a couple of wholesale options for folks who would like to stock the deck in their shop!

To get you hands on one of these unique decks, pledge here: 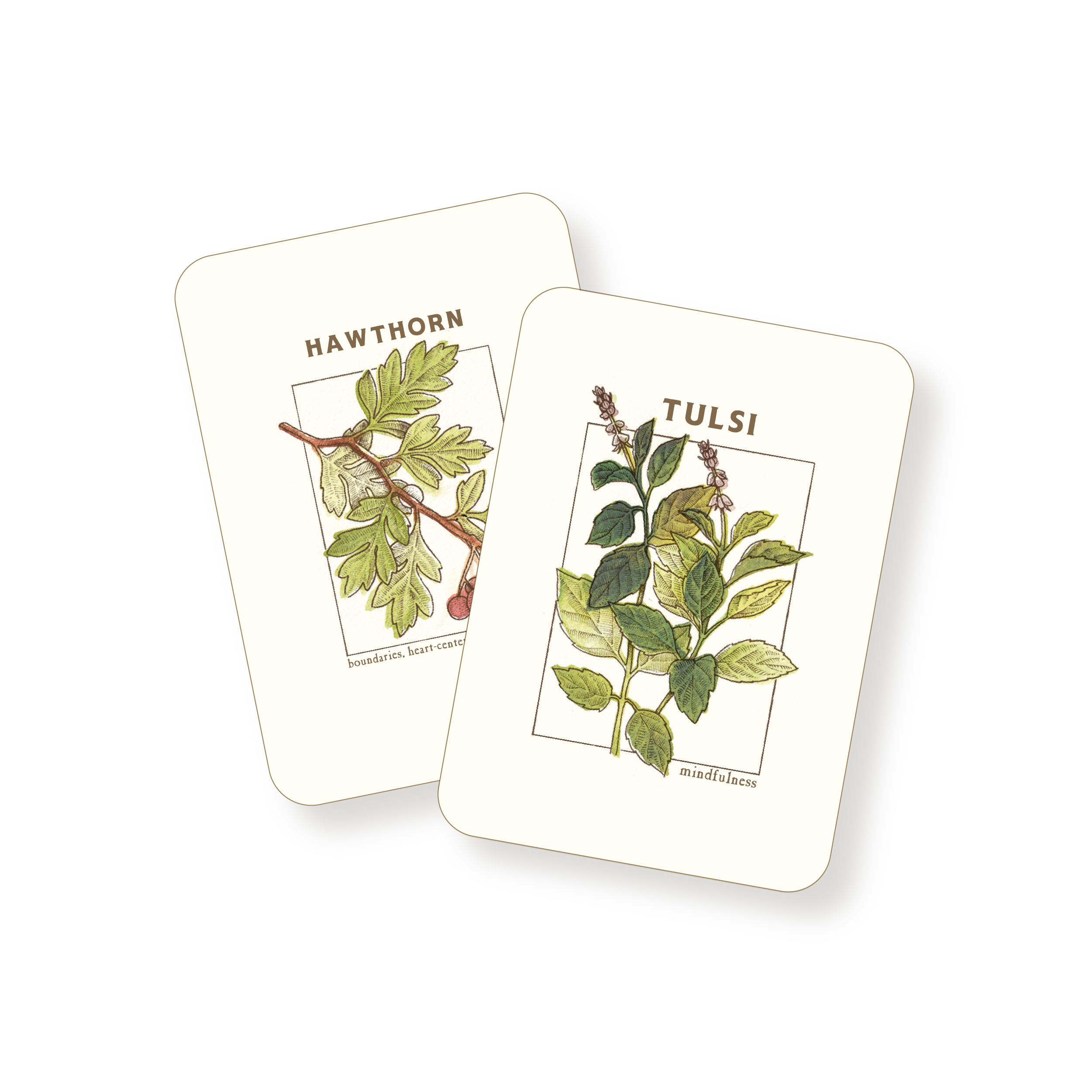 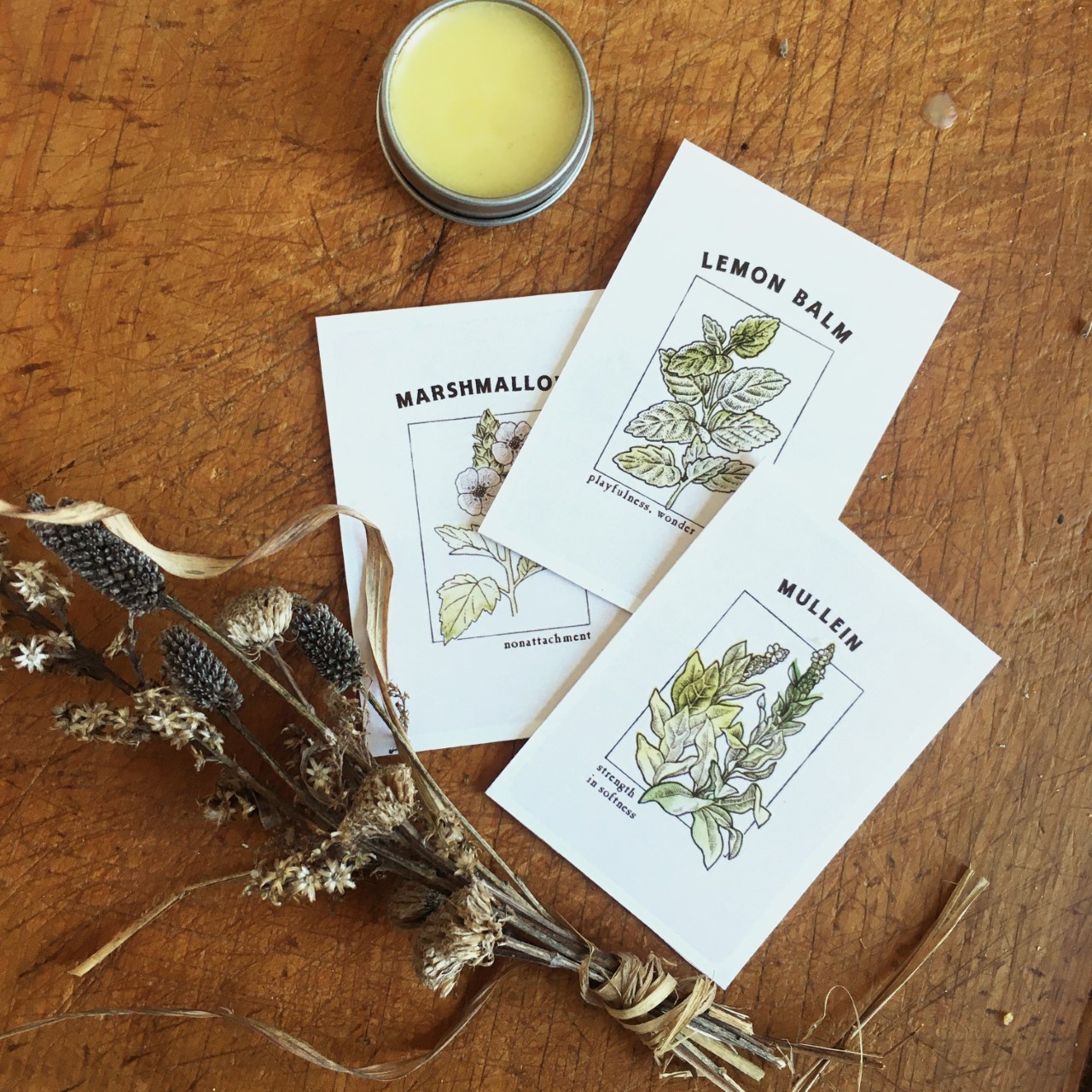 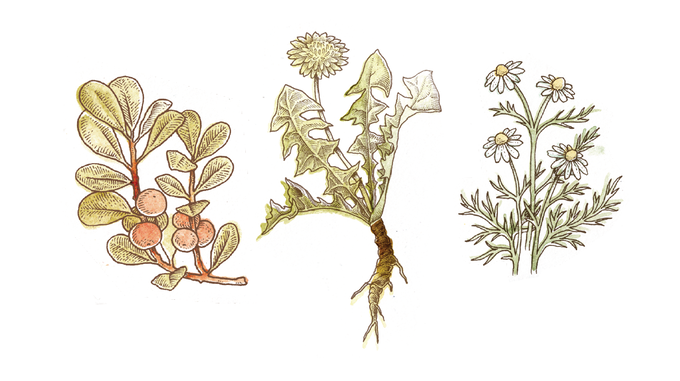